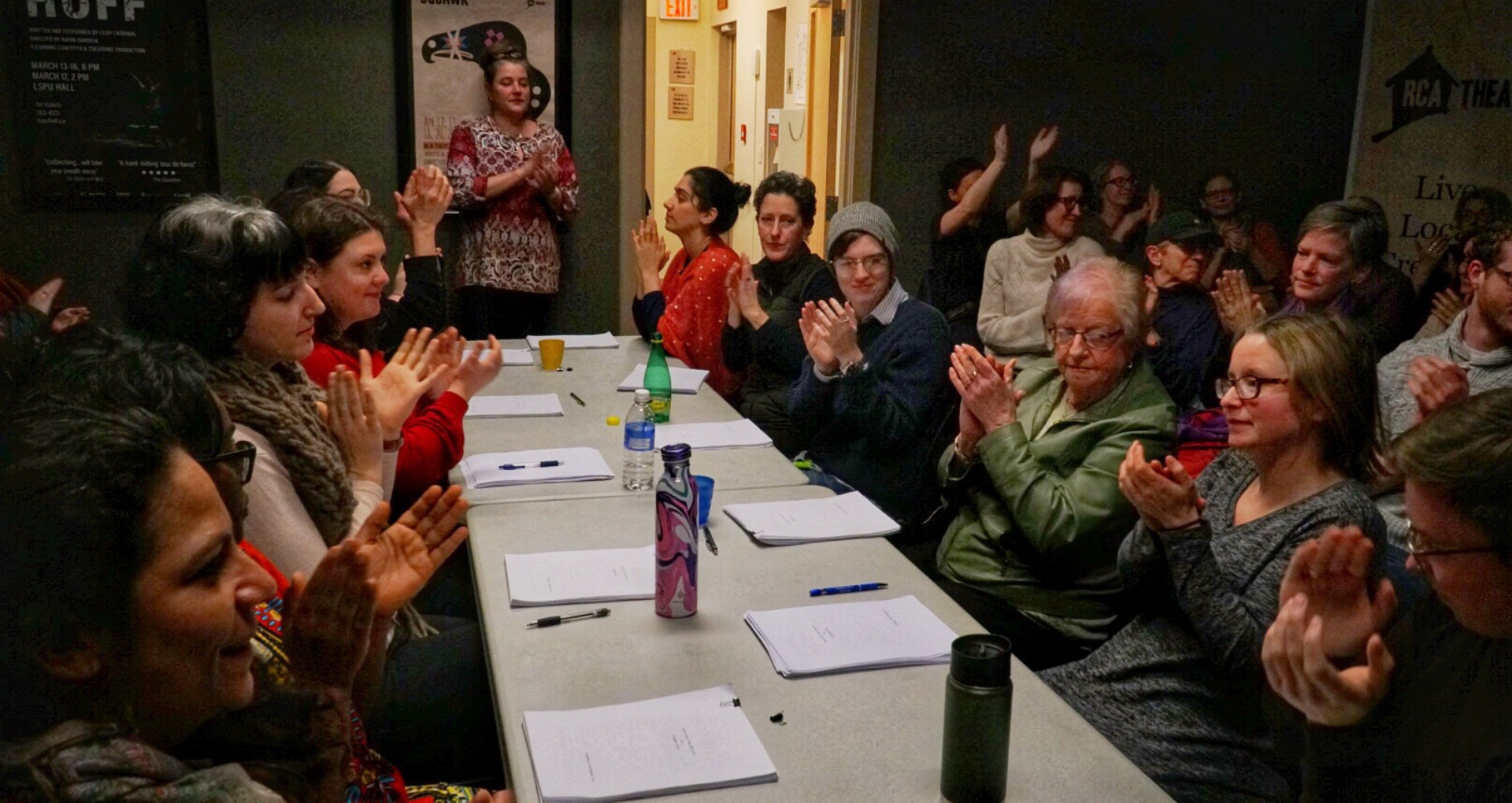 Pat the Dog Theatre Creation is honoured to have received a Sector Innovation and Development Award from Canada Council for Regional Women Lead: A Grassroots Approach to Gender Parity for Women in Theatre.  The award is National, significant and provides supports for professional women theatre creators across Canada.

The impulse for the project came from dissatisfaction with the long-term results of the Equity in Theatre Initiative (2015), specifically for Regional women practitioners. Pat the Dog Theatre Creation was one of two instigators of EIT alongside the Playwrights’ Guild of Canada. During this period, a new study “Achieving Equity in Canadian Theatre: A Report with Best Practice Recommendations” was researched and reported by Michelle MacArthur.   In that study, the first in over a decade, MacArthur found:

Less than 35% of key creative roles in Canadian theatre are held by women despite them being the majority of theatre school graduates and audience members.

Less than 25% of women with a PGC membership are produced playwrights despite representing 50% of the membership basis. This rate is regressing over time.

In over 30 years there has been little relief from Invisibility factor (“if you can’t see it, does it exist and is it needed?”). This term was first coined by academic Rina Fraticelli.

We propose a grassroots approach. We believe that Regional urgency is the stimulation needed and that in our leadership, we will provide action impacting all women in theatre. Regional Women Lead provides multi-layered opportunities for Women to tell their stories, including grassroots story collection and conversation cafés to Master Classes led by Governor-General Award-winning women playwrights. Mentorships will also be provided in playwriting, producing, directing and design.  All activities will be led by nationally recognized theatre professionals who grew up in Regional centres themselves.

Regional Women Lead will stimulate more jobs for women theatre workers and more representative voice for women in Canadian culture. While professional women theatre workers will be the primary beneficiaries of this pilot, more representative work on all our stages and in the Canon will result in fuller more resonant Canadian culture. Representation and inclusion are innovation. It breeds possibility and spurs potential and progress.

This acknowledgment from Canada Council gives us real tools to be changemakers for women practicing theatre in Canada.” said Artistic Director Lisa O’Connell, “It’s especially timely given the new study by the Ontario Arts Council.”

Less work produced by women means less jobs not only for writers but also for actors as there is a corresponding relationship between women playwrights and roles for women actors,” stated O’Connell.