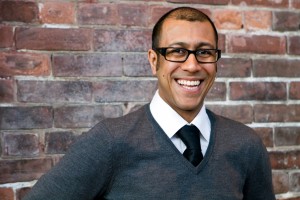 Ravi Jain is a multi-award-winning actor, director, producer, educator, arts-activist and Artistic Director of Why Not Theatre. His acting credits include the Dora Award-winning SPENT (Theatre Smith-Gilmour/Why Not Theatre/TheatreRUN) and A Brimful of Asha (Why Not Theatre/Tarragon). Ravi was the 2010 Urjo Kareda Resident Artist at Tarragon when he began to develop A Brimful of Asha. His company was in residence at the Theatre Centre when he developed I’m So Close (winner of Spotlight Award at SummerWorks 2009, and toured to Dublin and Vancouver).

He has assisted notable directors, including as part of the inaugural Michael Langham Workshop for Classical Direction at the Stratford Festival.

Currently, Ravi is among 12 resident artists at the Young Centre for the Performing Arts and was a member of the DiverseCity Fellows program, which aims to diversify leadership across sectors in Toronto. He was recently awarded the 2012 Pauline McGibbon Award and is the Artistic Director-in-Residence at the Theatre Centre for 2013.

What do you look for in a script?
I look for a good story. A story that surprises me.

How important is the workshop process in developing a new script? How many is too many?
Absolutely a script can be over developed, but it can be hard to determine the point of over development. The way I work is to workshop with a private audience so I can see the interaction of those people with the piece. Those people often tend to be the design team, because they know what we’re trying to do, but they’re still fresh to the experience and they ask good questions. I think over development is really just a misstep in the workshop. You need to ask “What are you doing in the workshop?” Remind yourself you’re always moving towards production.

From a practical standpoint, is there an ideal number of characters or script length?
That is a terrible question. All that matters is if it’s a good story.

How do you feel about detailed stage directions?
I’ll always consider them. It was the writer’s initial impulse and I let the actors follow it, but I will usually suggest something different. The writer isn’t aware of what is going on in the room, and translation from page-to-stage is often like re-writing since things change based on what happens in rehearsal. The most important thing is to figure out the motivation behind the stage direction: what was it trying to achieve? A director may be able to find a better way to achieve it. The writer isn’t always a director and a director isn’t always a writer, so it’s important to find ways to help each other out.

What turns you off a script?
When a script is trying to be too clever. Or if I don’t like the story.

Does the topic matter as much as the delivery? Or are there topics so important any discussion is worthy of staging?
I like scripts about issues facing people today. But again, if it’s a good story it’s just as worthy to be told as any other story.

What bad habits from television/movie scripts does a playwright need to break?
T.V. and film tend to give you quick cuts. In theatre, scenes take time to develop and flourish—the idea of space and time is a different medium in theatre than T.V. or film. I wouldn’t go so far as to say T.V. and film offer bad habits, since theatre writers can still learn from different forms.

What is the most important play of the past 100 years and why?
I can only speak to my own experience. The play that changed my life was Mnemonic by Théâtre de Complicité  (now Complicite), which I saw in London in 1999. It changed my trajectory, what I wanted to make, and how I wanted to make it. It resonated around the world as a physical theatre group that pushed out ahead of the pack. I don’t like the term “physical theatre” because all theatre is physical, but they opened a whole new world in that form of theatre.

Fill in the blank. I wish people would stop telling playwrights to  __________.
Listen to dramaturgs.

What do you think about the state of new plays in Canada at the moment? Are you excited by it?
I’m excited by certain playwrights. I think one of the issues in Canada is people need to take more risk. By people, I mean the theatres need to produce exciting new artists without meddling. Let them find their voice. Let them fail. Someone like Daniel MacIvor never had a dramaturg in his early career. The generation above me needs to stop stifling new voices.

If you could give emerging playwrights three pieces of advice, what would they be?
1. Go see plays in other countries and other languages.
2. Get the show up in front of an audience come hell or high water.
3. Get better and keep getting better.