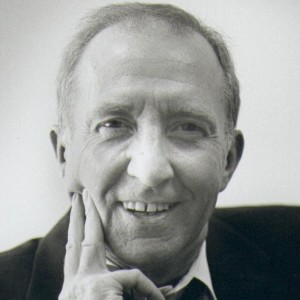 Ron Ulrich has been Artistic Director of Theatre Aquarius since 2008, directing numerous Aquarius productions including acclaimed Tuesdays With Morrie, The Rocky Horror Show, and Buddy: The Buddy Holly Story.

Mr. Ulrich holds a Bachelor of Arts from the University of Saskatchewan and is a graduate of the National Theatre School of Canada. He has won the Canada Council, Theatre Ontario, and Saskatchewan Arts Awards.

What do you look for in a script?
I need it to ‘grab’ me in the first few pages. Maybe it is the story, maybe the characters, but I look for something to compel me to keep reading.

How important is the workshop process in developing a new script? How many is too many?
The workshop process is, I think, crucial to the development of a new script. But the author has to watch, hear, and learn from the process to give it that value. I’ve been a part of workshops where the author will allow no changes, doesn’t want to hear what a director or an actor has to say, and has no intention of changing anything. The point of a workshop is to listen and discover where problems, inconsistencies, weaknesses, and strengths lie. It is also important that the person directing the workshop knows how to guide the group so it doesn’t become a criticism of the play, but becomes a constructive process from which the author can glean insights. “Noel Coward or Ray Cooney don’t do workshops of their plays…and they turn out just fine.” I hear that quite often, but in truth those playwrights watched their work in front of preview audiences, watched with an eagle’s eye, and made daily corrections until they got it right. They listen, they hear, and they adjust.

Sometimes one workshop is all you need. Sometimes you need more. But there comes a time when one simply has to say, I’ve done all I can, I need an audience now, and out it goes.

From a practical standpoint is there an ideal number of characters or script length?
Yeah, a ninety-minute three hander with one set. I am only partly facetious when I say that. Costs are getting to be so high that it is becoming difficult to produce large-cast shows. And today’s audiences don’t want to sit there for three hours any more. All that comes with a caveat: a wonderful play is a wonderful play, and if it can grip you, move you, and touch you, people will happily sit to watch.

Does script formatting matter or can it get in the way?
Good formatting makes it easier to read. For me, that is a positive.

How do you feel about detailed stage directions?
Depends on the play. I hate stage directions that say “grumpily” or “with passion,” that kind of thing. But when there is a great deal of physical movement involved, it is good to be able to see what the author intended or was striving to achieve.

What turns you off a script? A boring story.

Does the topic matter as much as the delivery? Or are there topics so important any discussion is worthy of staging?
If the story doesn’t move me, I don’t care how important the topic is. Theatre is a venue in which we tell stories. If I want somebody to lecture me on a topic, I will go to a classroom.

What is the most important play of the past 100 years and why?
That’s a toughie. I suppose, to be considered ‘important’ it has to be a play that keeps speaking to us through the generations. So, Death of a Salesman and Who’s Afraid of Virginia Woolf?

What do you think about the state of new plays in Canada at the moment? Are you excited by it?
I’ve read and produced several that I really love. Again, give me a good story that speaks to an issue or its generation and I’m excited.