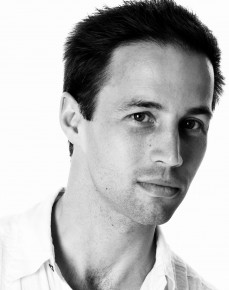 Trevor Copp is the Artistic Director of Tottering Biped Theatre in Burlington, ON. Now in its 3rd season, Tottering Bipeds focuses on social issues — national and international, Canadian/original, and physical theatre. It’s contemporary work in a conservative suburb and it’s growing fast.

What do you look for in a script?
Work that is conscious of being bodies in front of bodies. Most scripts I find too language-oriented — too “texty” if you will. There needs to be room for the corporeal. The exceptions to this are the pieces that are fiercely and specifically relevant and that tend to keep high stakes going.

And beauty. There is always room for more beauty.

How important is the workshop process in developing a new script? And how many is too many?
I have never done a workshop (I am the resident physical theatre coach for Pat The Dog Playwright Centre’s workshops, so I’ve done a few) in which the playwright wasn’t taken by how much up-and-working bodies change their perception of the script. Audiences see better than they hear. It’s almost impossible to fully account for that without a real workshop.

From a practical standpoint  is there an ideal number of characters  or script length?
Yes and no. Less than 4 people and a full-length, one-act (less than 1 hour and 20 minutes) is more doable. But great work is great work. I’ll do more if I’m passionate about it.

Does script formatting matter or can it get in the way?
Don’t care.

How do you feel about detailed stage directions?
I want the idea you are trying to communicate, not an instruction booklet. Too much detail detracts from the artistic range of the creative team.

What turns you off a script?
Inactivity. Text-based work with no sense of what an audience sees. Middle-of-the-road work — work that attempts nothing beyond what has already been done and has been said better.

Does the topic matter as much as the delivery? Or are there topics so important any discussion is worthy of staging?
I am drawn to contemporary topics. I have/am programming work about sexual abuse and children, suicide bombers, and gay marriage. I also do plays about existential topics, and spirituality. Great work is great work.

What bad habits from television / movie scripts does a playwright need to break?
Television doesn’t communicate in symbols the way the stage does – the way a piece of rope can change and become many connected things, for example. Television also entirely fails in using the body as the inexhaustible metaphor it is onstage. It does, however, succeed in realizing that we are increasingly a visual- not oral-based culture. This is a vital insight for theatre to remain relevant.

What is the most important play of the past 100 years and why?
Wil Eno’s Thom Pain blows my mind. The zeitgeist of it (sorry, I’m writing this in Berlin right now, can’t help it) is near perfect. A complete reimagining of such an otherwise tired form (the one man fringe-like monologue).

What do you think about the state of new plays in Canada at the moment? Are you excited by it?
Too large a question to contain. The existing cannon is less engaging to me than what I am seeing coming out now. But that’s all right; it was there at the right time and brought us here.