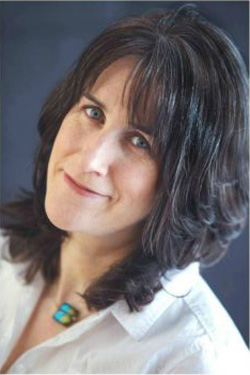 Jillian Keiley is an award-winning director from St. John’s, Newfoundland and founder of Artistic Fraud of Newfoundland. Ms. Keiley has directed and taught across Canada and has worked internationally. Her collaboration with playwright Robert Chafe in the creation of Tempting Providence resulted in a decade-long run of the beloved production across the country and abroad. Ms. Keiley received her BFA in Theatre from York University, and was the winner of the prestigious Siminovitch Prize for Directing in 2004. She was awarded an Honorary Doctorate of Letters from Memorial University and was the winner of the Canada Council’s John Hirsch Prize. She also works regularly as an instructor with the National Theatre School of Canada. Ms. Keiley assumed her role as NAC English Theatre Artistic Director in August 2012.

At the NAC, the scripts I choose have everything to do with the ensemble that we have brought together. But that means that I have to have a massive library in my head (and on a list when I remember to keep it updated) of plays I have read and seen that I think are really great. I don’t have a style that I won’t produce, but there are scripts in many different styles that I don’t think are either ready to be produced, or probably ever should be produced. I look for characters mostly I think, and the more complex and multifaceted the character the better. I don’t enjoy plays that are only there to teach a moral lesson – that there are good people and bad people – those plays are not doing what theatre can. We have an opportunity to spend two hours letting an audience experience someone who is different than them, who has made different choices than them. It shouldn’t be so easy for the audience to declare that the character is just a jerk. Or drunk. Or crazy. People are so complex. Actors take on a massive job re-creating another human being – it’s an almost impossible task. So the more crystal edges to a person, the truer, the better. The more the theatre can be a place of learning, comedy, heartbreak and understanding.

I’m sure there can be too many pre-production workshops when the seed of the idea is actually replaced by correction-dramaturgy. But let me say three is not too many. Workshops are critical in testing what might translate to the audience, and what actors can actually fit in their mouths. I am a big fan of the post-production workshop. I think a new script is not finished until AFTER the first production. That run in front of an audience tells us so much.   The director and writer know the play so well, the actors in a workshop ask questions so they have a lot of background information – but the general public – they have no such benefit. They hear it cold. So that audience tells us everything. Doing another draft AFTER the first run is very important.   That’s an exercise that could use some promoting.

If you are trying to write for university productions, aim for 12, mostly girls. If you are writing for a new works or development theatre, keep it under five perhaps. If you are looking to produce it in a big house you can write it for ten plus if you want. Budgets are important and it’s good to keep them in mind of course – big theatres like a big cast sometimes. Of course, I’m saying all of this out of turn. My old company, Artistic Fraud, is a very small independent theatre and our cast minimum is ten, with our last several shows being that or larger. If you have your own company, write for as many as you like. I personally love a large cast. The energy off the stage is palpable.

If it’s not standard, it can be distracting. If you are sending it out to company dramaturges or artistic directors or literary managers, it can make one think that the writer is trying to draw attention away from the text so we can think about their formatting. I would stick to standard; let the play be the unique thing.

How do you feel about detailed stage directions?

I used to immediately disregard them, but I think that was arrogance on my part, and really stupid. The stage directions can tell us a lot about what a character’s motivations are. I used to do that thing where I drew a big sharpie through them all – and then I’d wonder things like “why does this character say ‘Go to Hell’ and have no idea because I’d just crossed out the stage directions of the other character slamming the door. The writer I have worked most closely with, Robert Chafe, talked me out of disregarding them. He was totally right. I think I felt threatened as a director – like the writer was going to get credit for my blocking or something foolish like that. I rewrote all of the stage directions when I restaged Alice Through the Looking-Glass, but I damn well made sure I incorporated what I could, and understood why Reaney had put the ones in there that he had.

I spoke a little bit about that above – but mostly didactical work, or work – even children’s work – that tries to make things good and bad, black or white. Life is woven more intricately than that, and the theatre is where we can pick up the wonderful threads.

That’s an excellent question. I think about it every day. Issue plays or as a friend of mine calls it, medicine theatre, is very useful but you have to be mindful that the play is still excellent. I don’t care if the piece is about every charity I donate to and every personal experience I’ve ever had; if it’s not among the best I’ve seen, or it’s not a fit for the season, I won’t program it. I get many, many proposals and script submissions and sometimes writers will be frustrated that their script is not chosen, and sometimes, in not too subtle ways, it’s suggested that I don’t care about the particular issue. Plays that feature extremely disturbing violence and rape are difficult for me – I admit that. Those pieces have to have some great artistry around them and some great justification for the inclusion of the violence or I won’t tolerate it – just because my instinct tells me that this work is actually exploitative. Of course, with that in mind, two hugely impactful and important pieces of work I saw this year were Yael Farber’s Nirbhaya (centering around – and showing explicitly – the infamous murderous rape on a bus in New Delhi) and Leslie Baker’s Fuck You! You Fucking Perv! Both pieces were almost unbearable for me to watch and both deeply, deeply important.

Generally I’m very keen on political or issue-based plays which allow us to pick at a societal ill and offer an opportunity for the expression of people’s frustration or pain connected to it. I have at least a couple in this season and I had four and arguably five in last season. But there are many elements that go into making a season. If I made a season that had on its playbill eight shows that examine eight different difficult topics that are on the news every night, I believe I would be doing a disservice, not just to subscribers who would fall off like so many vegans at a pig roast, but to the plays who have first-rate artistry and critical topics who are now playing to half and quarter full houses. I choose all the plays because of their passion and artistry, and the overall composition of the season.

Here’s not a bad one to represent the kind of theatre I love – Our Town. The writing is good and the characters are deep but most importantly, the meta-theatricality of the piece allowed for a new relationship to form between audiences and theatre makers. It’s suggested that the ‘stage manager’ is a stage manager which, of course, isn’t true – but the very notion of it is thrilling to me still. I try when I can to reveal my hand to the audience. The illusion of full disclosure is disorienting and exciting.

Change what is actually unique about a piece. The rules of dramaturgy are guidelines. Imagine how dreadful if someone actually took a dramaturgy rulebook to The Syringa Tree. That piece in a lot of ways is a mess – dramaturgically speaking – but it’s a masterpiece. So is The Tragical History of Dr. Faustus, if you ask me. But why would you correct that? – it’s the cracks that allow the genius in, I think. Of course, a drop of dramaturgical advice never hurt anyone.

I am excited by it. I love going to Summerworks, and to independent companies and regionals to see what is happening. We are getting better every day and establishing our own traditions – the influence of artists like Daniel MacIvor and Kim Collier can be seen right across the country. It’s inspiring.

Don’t spend a minute thinking that not having your play produced means that your play is bad. Don’t spend a minute thinking that having your play produced a million times means that it is genius and the best play of all time. Venus in Fur is a good play, with a strong character (what you do with the guy I don’t know), but it gets produced all the time not because it’s better than Twelve Angry Men– it gets produced because it’s got a killer star maker part for an actress, and it’s got two people in it. That’s good economics. Now, if it wasn’t also excellent, no one would produce it BUT it’s excellent, sexy AND there are only two people in it. That’s not a gamble, that’s a Tim Horton’s franchise.