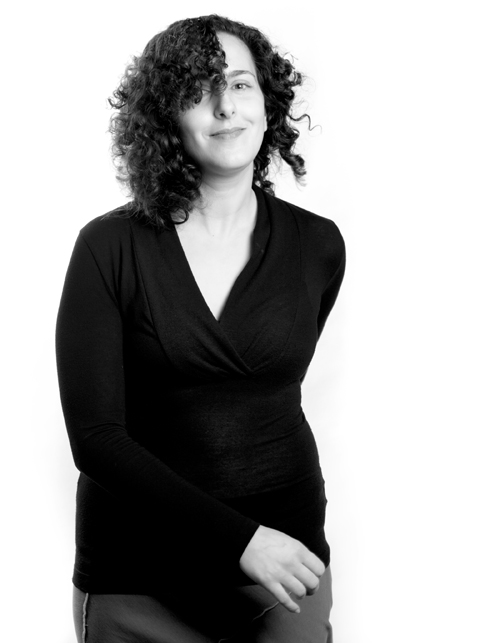 Andrea Romaldi is the literary manager at Tarragon Theatre, where she has assisted in the development of over 50 new plays in six seasons, over 20 produced or slated to be produced, including Governor General nominated plays by Brendan Gall, Jonathan Garfinkel, Michael Healey, Joan MacLeod, Hannah Moscovitch, and GG-winner Erin Shields.  Previously, she has worked with Brian Quirt at Nightswimming and with Maureen Labonté and Neil Munro at the Shaw Festival.  She ran the Alumnae Theatre’s New Ideas Festival for two seasons, and contributed to Canadian Stage’s inaugural Festival of Ideas and Creation.  Andrea also participated in workshops at the National Theatre Society (Dublin) and wrote for irish theatre magazine while she pursued her M. Phil. in Film and Theatre at Trinity College, Dublin.

I look for a script that is dramatic and embraces the theatrical medium, and that demonstrates a unique perspective, insight or voice.

The first two criteria are largely technical: Can the playwright craft dialogue? Can he/she create a dramatic journey?  Does he/she understand how time and space work in the theatre, and the opportunities and limitations of the medium and live performance?

The last criterion is much more subjective: it’s complex and sometimes difficult to articulate.  Does the play offer a unique perspective on the human condition?  Does it surprise me?  Am I emotionally engaged?  Do I see a compelling imagination at work?  Is the playwright willing to explore the full complexity of the human condition, or does  he/she offer pat answers, write to an agenda or follow pre-determined plot points?  When I’m reading or watching a play, I’m considering all of these questions.

What are the first steps you take when approaching a script?

The first time I read a play, I read the play text only.  I do not look at background on the playwright and play, or any of the playwright’s notes on the play.  This does not include a description of the set or stage directions, but it does include lengthy character descriptions, for example.  The audience doesn’t get to see any of this information; they need to understand everything from the dialogue, staging and production elements.  I initially put myself in this position to see what is actually in the play.

Once I’ve done a first read, I return to the background materials. They help give me context as to where the play has been, and where the playwright might want to go with it.  They can also help me determine just how much of the playwright’s ideas have actually made it into the play, which can be useful in giving feedback.

Before beginning work on a play, I meet with the writer to determine, most importantly, if he/she is actually interested in developing it.  Most people are, but some are not.  Then I ask what the playwright’s goals are, and what he/she needs to achieve those goals. Quite often the answers are deadlines, a dramaturg (as sounding board and for feedback) and a short workshop to hear the play.

How important is the workshop process in developing a new script?  How many is too many?

It entirely depends on the playwright’s needs.  Some playwrights do not find workshops beneficial, or find them beneficial only in very specific instances, preferring written notes and dramaturgical discussions.  Other playwrights find them immensely useful, and want to hear each draft read.

It’s very important to see the workshop process as a tool to explore and develop new plays.  If you’re not sure whether or how the workshop will help you do this, then ask (yourself and others) why you are doing the workshop.

How do you tackle non-text-based scripts (i.e. physical theatre, movement-based pieces)? Do you have a different process when it comes to them?

For me, a piece of drama must have a journey regardless of the dramatic form. Other people might refer to this journey as “dramatic action”, “development” or “progression”.  This journey is brought about by conflict, and enacted by characters with desires and objectives, who encounter obstacles.  Journey is not the same as plot, and does not require a conventional story or narrative; it requires psychological and emotional progression on the part of the performers or characters (depending on the situation, and how you use your terms) and the audience.

Part of a dramaturg’s job entails identifying the dramatic journey and following it emotionally, not just logically.  A dramaturg offers ways to sharpen and heighten that journey, and reshape or edit parts of the play that do not support it  Another central component of a dramaturg’s job is to identify the gap between what the playwright/creator(s) want to say and what the play or performance piece is “actually saying”.  The dramaturg attempts to achieve both of these goals whether the play is a straight play, conventional narrative, musical, non-linear narrative, physical or collaboratively created.  The essentials of dramaturgy remain the same.  It’s the tools you use to achieve your goals that differ depending on the form:  in one instance a creator might use text to reshape a play, in another music, and in another movement or dance.

How do you navigate the relationship when having a playwright and a director in the room?

The navigation of this relationship begins before we ever enter workshop or rehearsal.  Prior to working with a playwright, the playwright and I discuss his/her vision and goals for the play.  It’s important to make sure that we are both on the same page – that the playwright trusts me to help him/her, and that I believe I can actually help.  The playwright should have a similar discussion with his/her director, outlining goals and expectations for the collaboration.  It follows then, that before working together all three parties – the playwright, dramaturg and director – should meet to discuss the project, its overall goals, and their individual goals with respect to it.  This will help a lot in defining the relationships and limiting potential discomfort and conflicts within the room.  Once I’m working, break time becomes immensely important.  It’s time for the playwright, dramaturg and director to connect and decide next steps, or deal with any snags that have come up during the workshop or rehearsal.

While I am always interested in learning about a historical figure or event, I’m not interested in plays that are essentially chronologies or history lessons.

I quickly lose interest in plays that have a strong political/social agenda that dictates from the get-go that one side is clearly right and another clearly wrong.  It’s really important to me to explore politically and socially relevant ideas in art, but that word “explore” is crucial.  It’s very different from judgment.  I want to understand better why certain people believe and do certain things, not to judge them for believing and doing.  I want to be challenged to see the judgments I have made about people (probably without realizing it), rather than to leave the theatre feeling satisfied and righteous.

Closely related:  plays written to address current affairs and social issues often lose me too.  Playwrights often say, “I am writing this play because it’s important people know about _____.”  Chances are that many other playwrights have already written about this topic, and your audience already knows the facts.  If you’re going to write a play about a current affair or social issue, make sure you have a unique perspective on the human condition to offer!

Gratuitous sex and violence often turn me off a script, not because they shock me or I find them distasteful, but because they are usually substitutions for the real content and complexity that is much more difficult to address.

Expositional dialogue and extensive stage directions also turn me off of a script.

And writing as therapy.  Not every moment of personal suffering is worth sharing with an audience.

The short answer is “no”:  there is no topic so important than any discussion is worth staging.  Why?  Because we have a myriad of forms to discuss important topics, and theatre is only one of them.  If your treatment of a topic is not dramatic or theatrical, then consider exploring it in another medium or form.

Playwriting and theatre-making are art forms, and deserve to be prized as such.  They are not simply soapboxes for anyone with an idea or opinion to get up on.

The Mahabharata by Jean-Claude Carrière, directed by Peter Brook

The truth is that I don’t have an answer to this question, but this play exemplifies so much of what excites me about theatre:  it is an epic story that takes its audience to another time and another world, and yet manages to take up the plight of specific human beings in complex and moving ways.  It is ambitious in its conception and execution, and full of risk.

Write what they know.

It’s not that it’s bad advice, exactly, but that it’s narrowly interpreted.  Playwrights often take it to mean “write what you have directly experienced”.  This leads to very narrow storytelling, and doesn’t really open up the worlds of possibility that naturally exist in art.  In my mind, this maxim actually means “write what you know of the human condition”, and demands an accountability on the part of the writer to do not only factual research about topics outside of his/her experience but “emotional research” as well. By that I mean the exercise of putting yourself into a character’s shoes, and using your own emotional experiences to gain insight into the character.  Use your imagination to humanize the character in front of you, and write an emotionally true journey.  Use this maxim to blow up your world, not narrow it down.

In many ways, we are very good at writing, developing and producing new plays in Canada – especially considering we’ve only had forty years or so to build the infrastructure.  And while there are more playwrights who intrigue me than we can possibly support, and Canadian plays don’t often make it to the biggest stages in the country, I do contend that the vast majority of theatre happening in this country is still Canadian made and produced thanks to energetic and enterprising indie companies and smaller producers. This excites me:  our relentless drive to create – and get better and better at it thanks to the generations that came before us and the new opportunities for education and mentorship now – despite the often difficult circumstances.