22 JanWorld Premiere of Receiver of Wreck 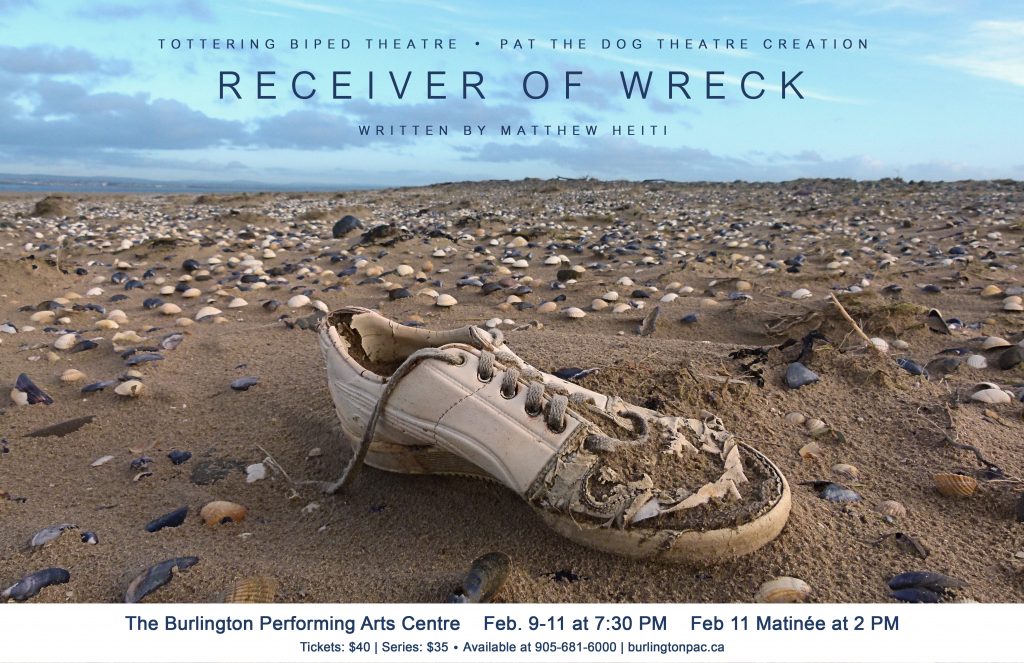 Tottering Biped Theatre and Pat the Dog Theatre Creation are teaming up for their first co-production of a new Canadian play: Receiver of Wreck by acclaimed writer Matthew Heiti, a CBC Writer to Watch and recipient of the Tarragon Theatre RBC Emerging Playwrights Award.

This not-to-be-missed performance runs from February 9th-11th at 7:30pm and February 11th at 2pm at the Burlington Performing Arts Centre. Receiver of Wreck is a new Canadian epic inspired by an ongoing Canadian mystery – the Salish Sea human foot discoveries in British Columbia.

A shoe salesman chops off his foot with an axe. An esthetician has hers amputated by an outboard motor. At opposite ends of the same country, staring out at two different oceans, two people each lose something on the same day and are sent crashing together toward the dark heart of Canada. Inspired by the Salish Sea human foot discoveries, Receiver of Wreck is a grotesque comedy about human waste and the mystic potential of change. Tickets are on sale now.

Tickets are $40 and can be purchased by calling 905-681-6000 or at www.burlingtonpac.ca. Group discounts are available – for more information, you can contact Nicole by email (nicole@patthedog.org).