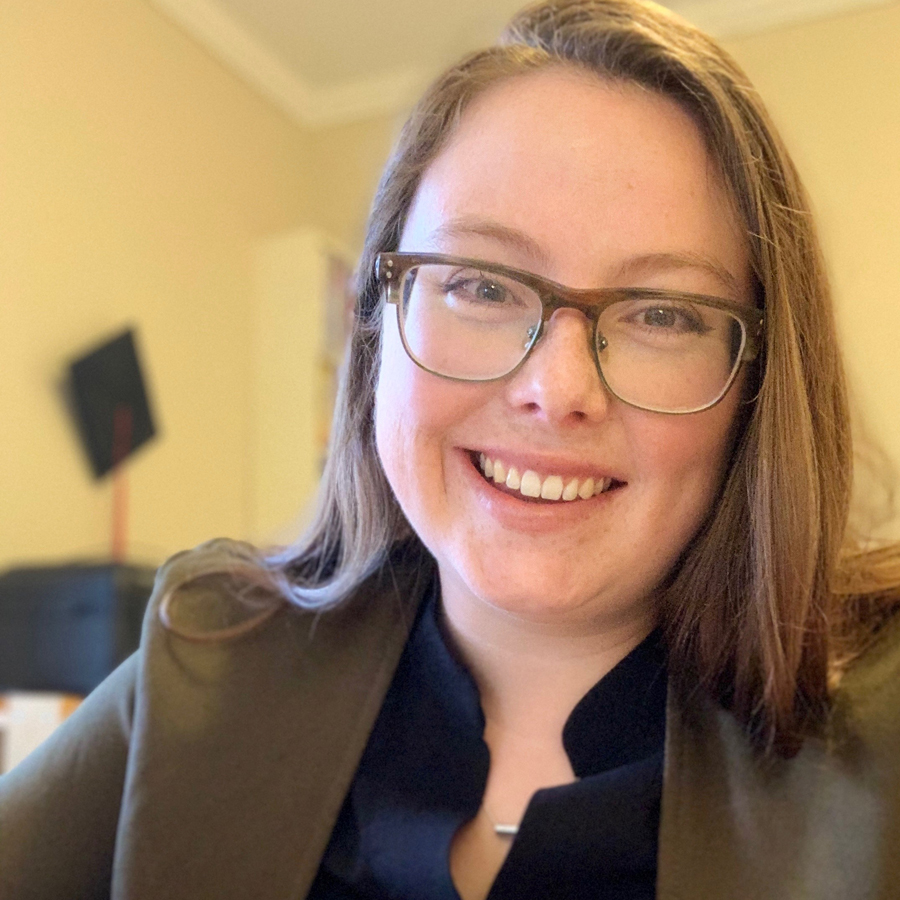 Kira Meyers-Guiden (she/her) is a queer, feminist, theatre artist-scholar whose work is focused on 2SLGBTQIA+ representation and community resistance. She currently resides and is an uninvited settler on the traditional territories of the Michi Saagigg Nishnaabeg, which is colonially known as Peterborough, Ontario. She is a PhD student in Theatre & Performance Studies at York University where her research focuses on queer performance (auto)ethnography. She is an alumna of the inaugural writing unit, “The Women’s Room” by Pat the Dog Theatre Creation, which is where her work with Pat the Dog started. With the support of Pat the Dog (especially “art-mom” Lisa!), her show Queer Spawn has been showcased on stages throughout Kitchener/Waterloo, Toronto and Hamilton and virtually with National Theatre School’s #ArtApart festival. Kira has worked as an actor, playwright, co-creator, dramaturg and script consultant with various socially-aligned companies, including Page1 Theatre in KW. Her work has been featured in several academic conferences and theatre performance festivals throughout Canada and within the queer anthology, Swelling with Pride alongside her mother, Susan Meyers as co-contributor. Kira is passionate about creating queer theatrical work that strives to effect social change. More details at http://kirameyersguiden.weebly.com/ or follow on Instagram @kiraasha