13 JanVern Thiessen: Live and Up Close 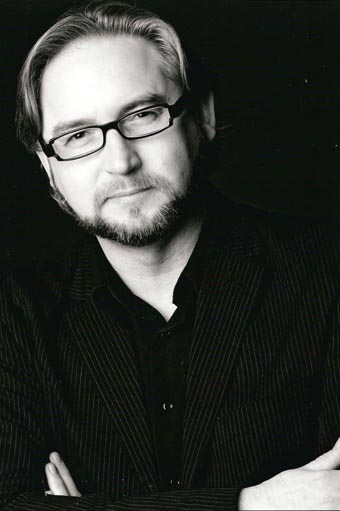 In January, award-winning playwright Vern Thiessen will be making a special appearance in Waterloo. He’ll be reading from his play Lenin’s Embalmers in the intimate setting of The Button Factory. This is an unique opportunity to meet one of Canada’s most successful and widely-produced playwrights and hear him read from his own work. Theatre lovers, playwrights and history buffs alike will enjoy this rare and up-close event.

About the Play
Betrayal, trickery and embalming fluid are no laughing matter, unless you’re playwright Vern Thiessen. He turned the true-life story of two scientists charged with keeping Lenin’s corpse preserved forever into the crowd-pleasing and critically acclaimed play Lenin’s Embalmers. Described in the New York Times as “a spunky dark comedy with wit and verve,” Lenin’s Embalmers earned Theissen rave reviews and a Governor General’s Award nomination.

About the Author
Thiessen, who is based in both New York and Canada, won the Governor General’s Award in 2003 for Einstein’s Gift. His play Shakespeare’s Will played to sold-out houses at the Stratford Festival last summer and has been produced in Germany, Wales, Italy and the United States. Vimy received rave reviews at the Blyth Festival and the National Arts Centre in Ottawa last year. Thiessen will be in Waterloo workshopping his latest play, Do Not Disturb, with Pat the Dog Playwright Centre. This new play, a saucy farce, will see its world premiere in August at Theatre Collingwood.

This project is made possible in part by the generous support of Canada Council and the Playwrights Guild of Canada.