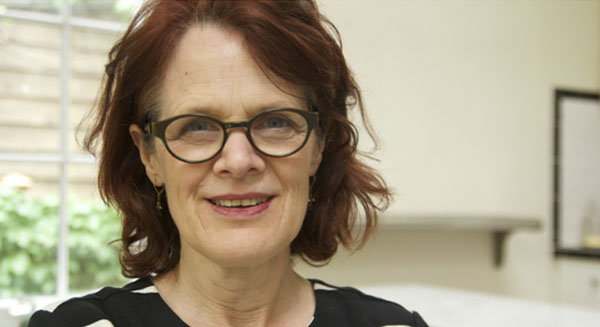 Pat the Dog Theatre Creation is delighted to announce a special opportunity for playwrights in Southwestern Ontario. Through the generous support of The Good Foundation, we are pleased to present a Master Class on Creation with Martha Ross, November 25, from 10am-5:00pm. in London, ON

What’s The Big Idea? is designed for emerging playwrights tackling a challenging idea or “ stuck” in a draft.  Says Martha, “You have an idea. An idea for a play, or maybe it’s for a huge theatrical event or maybe it’s for an intimate one-person play. But whatever it is, it seems to just sit there.  You can’t seem to develop it and yet it doesn’t seem to go away.”

Drawing on her training at Ecole Jacques Lecoq and her years of creating theatre, Ms. Ross has designed a fun, supportive, challenging, full-day workshop in which you will get to play with these ideas, expand on these ideas, shake up these ideas, or find some new ideas.

“I designed this class because more and more I think that in the early stages of writing or creating a theatre piece we should get on our feet.  Why?  Because I think that our imaginations not only get stale but they become stubborn.  We hold onto ideas like they’re these precious things that are off limits to anyone else – even ourselves.   The goal of the class is to get people closer to what they want to say and how they want to say it. I want to get the creative juices flowing.  I want to tap into that playful place that is open to the unexpected.”

Martha Ross trained at L’Ecole Jacques Lecoq in Paris over 30 years ago and has been performing, teaching and creating original theatre ever since. With Theatre Columbus, the company she co-founded with Leah Cherniak in 1983, Martha created numerous award-winning plays collectively and collaboratively: The Anger in Ernest and Ernestine (Dora Award); Paranoia (Dora award); The Betrayal (Chalmers Award for Best New Play); The Attic, The Pearls and Three Fine Girls (Dora Award) to name just a few. As a solo writer she wrote Porch People; Dr.Dapertutto (Chalmers nomination); Ratbag; And Up They Flew; The Story; The Crack (Rumble Theatre); The Dog and the Angel; (Caravan Theatre, Theatre Columbus); The Bog; (Blyth Festival Theatre).  In Ottawa, she directed Skin, a collective creation by Deluxe Hot Sauce (nominated for a Rideau Award for Outstanding New Creation) for the 2013 undercurrents festival at Great Canadian Theatre Company. Martha teaches Physical Theatre at universities and private studios across Canada. Martha received, with Leah Cherniak, the 2009 George Luscombe award for Mentorship.

Attendance is very limited for this special class.  Contact Lisa lisa@patthedog.org to reserve a place. A Master Class in Creation.