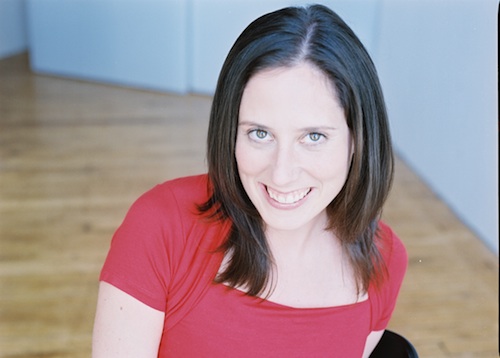 Erin Shields won the 2011 Governor General’s Award for her play If We Were Birds. Her first play, If We Were Birds had a strong trajectory. Before winning Canada’s most prestigious playwriting honour, it premiered at SummerWorks 2008 and was part of Tarragon’s 2009/10 season. We caught up with Erin recently. She generously offered a peek into her creative process.

What inspires you as a playwright? Where does your motivation come from?
I’m inspired by what’s around me – people, stories, news, politics, art, my family. I also take great inspiration from other works of literature and art. I love to interact with other texts – usually older texts – working to figure out how that those stories, ideas and perspectives impact my life today. Archetype is important to me as a writer.

What is your writing process? Is it basically the same for each play or does the script affect your process?
The process does change according to the piece. Often I work in cycles of development and performance with a company: devising work in studio, going away and writing, bringing it back into the room, working with designers from an early stage, bringing that work to an audience, drawing from that interaction, going back to my computer, reimagining, restructuring, rewriting, trying it with actors and designers and directors until … it feels ready for production. Other times I do all of this work by myself, taking the piece from draft to draft with input from a dramaturg and/or director. It depends on the piece.

What are your most productive writing habits?
Starting first thing in the morning and writing until three or four in the afternoon. I take short breaks and limit my internet access. I don’t believe in ‘writer’s block’. I just write.

However … I have a toddler and another child on the way. My writing habits are much less particular than they once were. I write whenever I am alone.

What derails you?
My daughter waking up from her nap. Knowing I have to get my protagonist from point A to point B, knowing there’s a major gap in the action, not knowing how to fill that gap. Isolation. Noise/music/sound. Feeling like I don’t have enough time.

When revising a draft, what are your stumbling blocks and how do you push past them to the next draft?
I have become obsessed with premise, structure and action. Aristotle would be proud. When I feel like I’m waffling – I don’t know how to get a character where I need her to go, I don’t know what I’m saying with the piece, I don’t know where I’m heading – I revisit my premise, story arch and outline to make sure all of the big pieces are in the right place. Then I go back to writing. I also come from an acting background, so if thinking for a number of characters at one time is becoming difficult, I think about each character’s objective in the scene and play. That usually helps.

What role does the dramaturg play in your process?
It depends on the play and the process. Often my dramaturg is my director. He/she has the most immediate and three-dimensional perspective on the work so if we have the luxury of readings or workshops, the director becomes a central ‘question asker’. When I am working with larger theatres, I find the company dramaturg plays multiple essential roles for the playwright. Often the AD will not have had time to go through the text thoroughly from draft to draft. Dramaturges make time. They love it. And they’re good at understanding how the play has transformed from one draft to another. Those dramaturges are therefore in the best position to talk about the work; to ask provoking questions that will inform the next draft. Often I find they act as a translator for the AD’s questions or concerns or thoughts. And they can champion work they feel passionate about and influence programming choices. Dramaturgs and literary managers are great.

What do you wish you knew about playwriting / theatre ecology when you started out?
Find your collaborators. Make your work. Produce it yourself.

How has winning the Governor General’s award affected your career?
My hope is that it may help my work may find a larger audience. It’s only been two months though. I’ll get back to you.

Has this award affected your writing process?
No.

Female playwrights are not produced as often as their male counterparts. Why do you think this is? Has the GG helped you get past this glass ceiling or is it still in place?
Artistic Directors program seasons. Most Artistic Directors are men. They program work they find to be most interesting. Most of that work seems to be by men. We need more female Artistic Directors who program work they are interested in. In the independent theatre community – where I self-produce much of my work — there seems to be a healthy balance between male and female playwrights creating and producing work. As I move on in my career, I am seeking more opportunities to have my work produced by larger theatres. I have not yet felt limited or excluded in that context because of my gender.

What is your most effective marketing tool?
Producing my own work and getting as many people out to see that work as possible. If We Were Birds was first produced at the Summerworks Theatre Festival by my company Groundwater Productions.

What upcoming projects are you working on?
I’m mid-process on many pieces: an adaptation of Kate Chopin’s The Awakening; a multi-disciplinary, bilingual (English and American Sign Language) Victorian Gothic Horror; a two-hander about sex tourism; a vaudevillian ensemble piece about Annie Edson Taylor, the first person to go over Niagara Falls in a barrel; and an adaptation of The Epic of Gilgamesh.