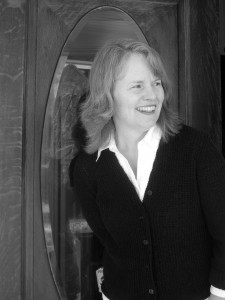 Beverley’s writing for theatre includes Thin Ice (co-written with Banuta Rubess– Dora/Chalmer’s Awards), Clue in the Fast Lane (co-written with Ann-Marie MacDonald), The Eyes of Heaven and The Woman in White (adapted from the novel by Wilkie Collins). Her play Innocence Lost: A Play about Steven Truscott was a sold-out hit at the Blyth Festival in both 2008 and 2009, and was a finalist for the 2009 Governor General’s Literary Award. Her newest play, The Lonely Diner: Al Capone in Euphemia Township, premiered at the 2012 Blyth Festival. She has written extensively for CBC radio drama, and television writing credits include episodes of Ready or Not, Sesame Park and Street Legal. Her adaptation of Rohinton Mistry’s epic novel A Fine Balance and her original drama It Came from Beyond! both earned her nominations for a Writer’s Guild of Canada Award.  Beverley recently completed her MFA in Creative Writing at the University of Guelph. You can follow her work at www.facebook.com/beverleycooperwriter.

What inspires you as a playwright? Where does your motivation come from?
I am inspired by the world around me: the frustrations, humour, human quirks, injustice…as well as the brilliant work of other artists. Playwriting is my preferred method of expressing my view of the world we live in. I love the theatre as an art form. The theatre is one of the last places we can sit and really contemplate a story, without any distractions. I also enjoy the process of creating a play, which is both solitary and collaborative. I like to come out of my creative cave into the light of the rehearsal room.

What is your writing process? Is it basically the same for each play or does the script affect your process?
I start with an idea that I believe is theatrical. I do a lot of thinking about it. Eventually, the idea becomes a question I want to explore. For instance, when I wrote Innocence Lost: a play about Steven Truscott my question was “How did this happen?” Then I do a lot of research, and the kind of research will change depending on the play. This may involve reading books about a subject, watching movies of a certain time period, or listening to music. I make loads of notes. At some point, I kick my ass in gear and get writing.

What are your most productive writing habits?
I pretty much work Monday to Friday from about 9-3. I may have to do other business-related work, but that is my schedule. I try to create blocks of time where I am just working on the play, as it’s hard to switch projects. Writing first drafts can be painful and that is when I have to avoid being lured into the internet void. I have a software program called Freedom, which blocks the Internet and I use that to give me stretches of time where I am not tempted to check my email. Deadlines are very good motivators.

When revising a draft, what are your stumbling blocks and how do you push past them to the next draft?
For me, writing first drafts is tough. It’s like being invited to a party where you don’t know anyone and you don’t know why you are there. You are devising structure, characters and dialogue, without really knowing where you are going. It’s best then to just channel the gods and put something down on paper. Often it’s when I get to the end of the draft that I can say “aha—that’s where this idea is going,” and then I start at the beginning again.

What role does the dramaturg play in your process?
The right dramaturg is an integral part of my process. Some of the best dramaturges I’ve worked with have been first directors of a new play: Miles Potter, Gina Wilkinson, Ann Hodges, all have contributed greatly to my work because they asked the right questions early on in the process and continued to ask the right questions right up to opening night.  Artistic Director Eric Coates has given me very good notes along the way. It’s important to have another “set of eyes,” someone who understands what you are trying to do and helps you get there. Right now, I am working on a new play with dramaturg Iris Turcott; she absolutely gets what I am doing and is making sure I stay on track. She also pushes me so I don’t play it safe.

What do you wish you knew about playwriting or the theatre ecology when you started?
Hmmm. I am not sure. I came to playwriting as an actor who wanted to create plays. I was pretty naïve about the whole process, but I think that probably helped me. If I thought about it too much I might have chickened out. Blind passion, and a belief that it’s going to work out, sometime helps.

How important for playwrights is networking/knowing your community?
I think it’s very important to get out and see as many plays as you can, by a variety of artists. Seek out what others are doing and consider how it relates to your own work. As far as networking, that is part of the process. But it doesn’t have to be calculated and pushy.  Rather, I think it’s important to see the work of artists that you like, that you want to collaborate with, and then reach out to them. Networking works both ways: we also have to support and help our colleagues. Supporting others is part of what makes it a community.

What upcoming projects are you working on?
I’m working on two plays. One is called Janet Wilson Meets the Queen. It’s a wacky, black comedy about a woman who refuses to change as the world changes around her. The other is a new play for the Blyth Festival. It’s about….well, it might be a bit early to say what it’s about.

What three pieces of advice would you give playwrights just starting out?
See/read lots of plays. Write, even if the writing feels like crap—that’s what rewriting is for.  And get your work on its feet somehow, even if it means asking friends to read it in your living room. Pay them in wine and chocolates.